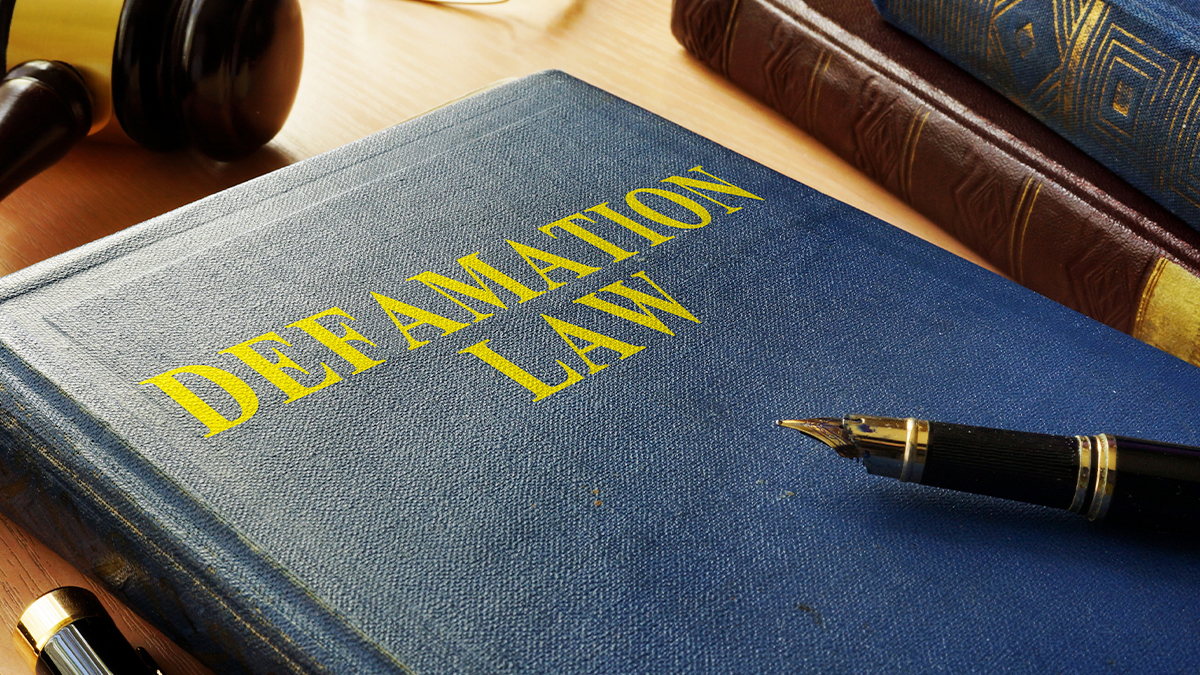 Initially Section 230 of the Communications Decency Act  47 U.S.C. § 230, a Provision of the Communication Decency Act of 1996, was intended to protect platforms, reviewing apps and other publishers from being legally responsible to monitor each and every post of their users. Section 230 has also been determined to provide some protection to those who use social media and merely re-tweet, like or forward someone else’s published comments https://www.law.cornell.edu/uscode/text/47/230.

As clearly set forth at https://www.eff.org/issues/cda230 “[Section 230] is one of the most valuable tools for protecting freedom of expression and innovation on the Internet….”

The Communications Decency Act protects social media platforms, and other website hosts from defamation claims emanating from other’s content. Under the CDA, an ISP is not treated as a “publisher” for purposes of state defamation claims.  A case which at this writing has continued against some but not all defendants, is affectionately referenced as “The Twitter Cow Case.” Plaintiff, then-GOP congressional representative, Devin Nunes, sued both Twitter as well as two parody accounts, which he alleges posted defamatory comments about Rep. Nunes. The court in that case has dismissed the claims against Twitter, pursuant to a Section 230 defense, and has thus far refused to compel Twitter to produce the identity(ies) of either @DevinCow or the other named parody account.

Section 230 says that “No provider or user of an interactive computer service shall be treated as the publisher or speaker of any information provided by another information content provider” (47 U.S.C. § 230). Beware, Section 230 is not a limitless legal shield.

2. DOES THIS MEAN I CAN POST WHATEVER I WANT ON SOCIAL MEDIA?

However, if you re-post a comment by another, and then add your own (potentially) defamatory statements, that may still be actionable.

On a smaller and local scale, this is how a defamation claim for information published on social media may look:

Even small sites have a tremendous reach on the internet.  Information can gain exponential speed and a vast audience in a short time. Rule of thumb is: if you leave an accurate review of a business from your personal experience, even if negative, it is not actionable. If you find yourself setting up an “anonymous” account so you can leave an “untraceable” review, then it probably is not from your personal experience and may be false. Under these circumstances, you may still be held liable under Section 230, but the platform owner would probably be protected.

Bottom line – if you recently broke up with a partner, or had a terrible falling out with Uncle Jim last weekend at the family BBQ, it’s best to not vent your unrestrained anger or resentment on social media. Talk to a friend, your therapist, but remember the old legal adage, “Don’t put it into writing!”

3. WHETHER YOU ARE AN EMPLOYEE OR AN EMPLOYER, YOU NEED TO BE DISCRIMINATING ON SOCIAL MEDIA

Employers should never post about employee issues on social media. EVER. Likewise, if you have recently been terminated, or even left on your own accord, the best way to insure your ability to be hired at a new job is to refrain from trashing your last employer. Many employers these days request access to your social media accounts. Right or wrong, this trend illustrates how important some employers find representation of their company in the public forum.

Many people enjoy the global reach of information and exchange of ideas that social media provides. The key for everyone is to moderate themselves in order to limit potential liability, restrict employment opportunities or discourage potential new customers or contacts. https://opensourcedworkplace.com/news/25-problems-with-social-media-in-the-workplace-employee-and-employer-adverse-effects

Prior to social media, most employees would not stand on a street corner and yell into a bullhorn about their boss or employer or ex-boyfriend. Our words now have enormous reach with social media, and with that, comes potential liability for what we say. There are areas, of course, within which we are free to voice our opinions. When opinion begins to morph into assertions of fact about another, which may not be true, it’s time to step away from the keyboard.

4. HERE ARE SOME IMPORTANT THINGS TO REMEMBER

A plaintiff cannot succeed in their online defamation claim if the defendant’s defamatory statement was true. “Cannot succeed” is misleading here. Like most civil lawsuits, eventual lack of success does little to stop someone from bringing a lawsuit to begin with. Here is a brief summary of other privileges to a claim of defamation:

The defendant may try to argue that the statement they made was merely the defendant’s “opinion.” Opinions are generally privileged under the law. There are other privileges too as listed above. However, the  courts may interpret, “I think my last three employees were thieves,” as a statement of fact. “IMO” may not be enough.

The law of defamation in California and the protections afforded by Section 230, are evolving.

In need of legal advice?

Tell us how we can be of service and one of our team members will contact you.